There is literally an OCEAN of baby reflux treatments and it can be confusing to make a choice but we suggest doing the following:

speaks to your values as a parent, get fully informed, don't be afraid to try something else if what you're doing isn't working and if you find something that works, stick with it!

The goal should be: Get your baby 100% out of pain and keep them that way until they outgrow reflux, which is typically within 12 to 18 months. 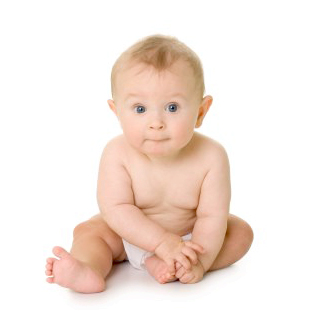 Every baby is different and what worked for someone else's baby isn't always what will work for yours. But working with a doctor that acknowledging reflux is a problem, supports all types of treatments and will listen and help can be super helpful.

Antacids are chemical compounds that are able to raise the stomachs pH to above 3.5 pH in approximately 10 minutes and are good for intermittent reflux episodes that don't require long term control of acid. More on Antacids. 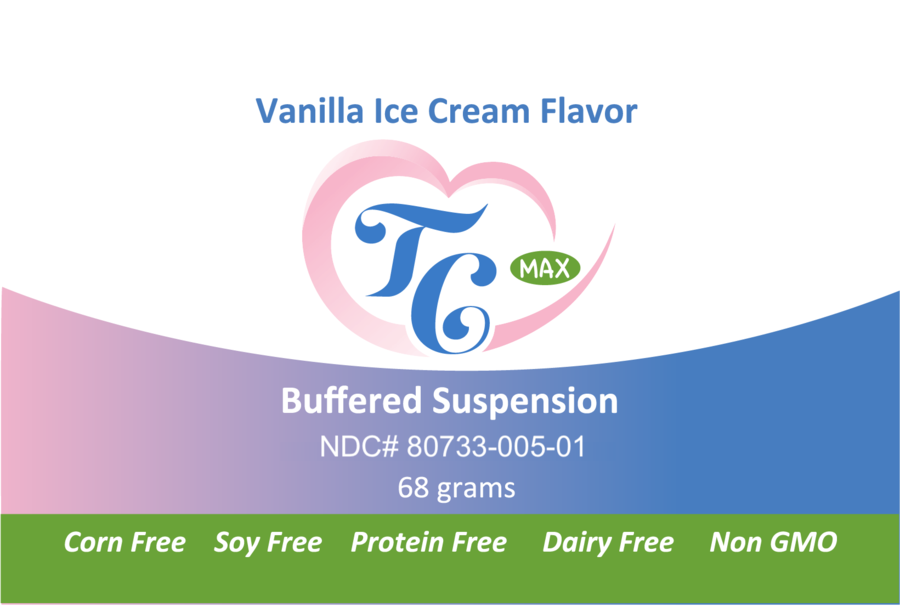 TC Max is a superior antacid and a pre-formulated mixture to aide in the administration of medications designed to treat GERD at any age. It's great for anyone with challenges taking pills.

In addition to its multi-use benefits there are tons of others specific to treating babies with GERD. Such as; it contains Calcium - aiding in bone health & Magnesium - aiding in bowel health.  Those elements also create much better results than  sodium bicarb which causes way too much gas and stomach pain, especially for a baby to manage. This product also makes those treatments immediate release, which means you don't have to time around feeding your baby. You really should  READ about all the benefits of TC Max here .

It quite literally is the game changer in using medications for treatment if that is the route you decide to take.

We as a practice can support you in the use of this product in a very affordable doctor supervised coaching appointment for only $35. Check that option here!

Chiropractic for babies: During natural child birth many doctors, because they're right handed, tend to rotate the child's head to the right and that can cause a subluxation creating an impingement of the vagas nerve. That nerve runs all the way down to the diaphragm. Chiropractors suggest that this a partial cause of the reflux symptoms. When choosing a Chiropractor make sure they are part of the ICA, the ACA or ICPA Pediatric councils.

Compounding Pharmacies Like doctors, not all compounding pharmacies are created equally. If you are using a PPI you are more than likely getting it premixed from a compounding pharmacy or if it's a regular retail pharmacy than the quality of that mixture may make the difference in success of failure in treatment. There is a reason we work with Remedies as our first choice and you can read about what makes a bad, good or great compounded PPI mixture for your baby on this page!

Erythromycin and other pro-motility medications conduct stomach emptying by stimulating a motility receptor (called Motilin). Some other names include Bethanechol Erythromycin (Eryped®), Doperidone, Metoclopramide (Reglan®) Read more on Erythromycin here. There is a BLACK BOX warning on Reglan which was originally used to treat schizophrenia. You should read both the below articles prior to using Reglan as an attempt to treat your baby's reflux.

Gas drops SIMETHICONE (sye-meth-i-kone) break up gas bubbles in the digestive system, mainly the stomach. They have no acid production qualities but these can be good to use with other acid production control products. They also have little to no side effects. Some brand names include: Little Tummys®, Mylicon® and others. 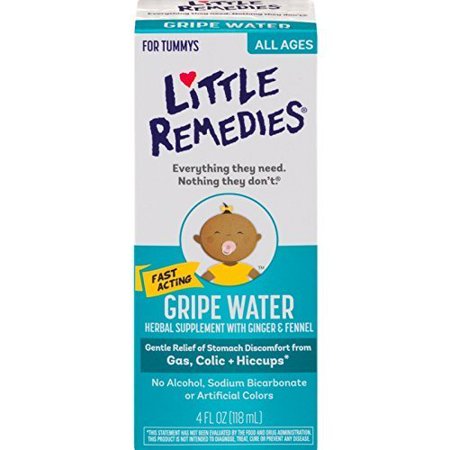 Gripe water is an herbal based (Ginger, Dill, Fennel, Chamomile and other herbs) home remedy and does contain sodium bicarbonate in most cases, which can aid in neutralizing stomach acid but can also cause gas depending on amount given. It also contains alcohol which can irritate tissue which may be already damaged from acid. There is also no known negative, mild or serious, side effects. Some brands include: Babies and Bliss®, Mommy's Bliss®, Colic Calm®, Little Remedies®,Woodwards®. 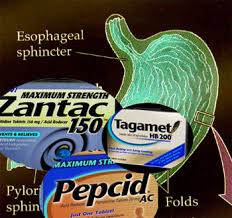 H2 Blockers can be very helpful for short term sporadic reflux episodes that last less then 2 to 3 weeks because tolerance is rapidly developed. Usually within 4-6 weeks. It is typically not recommended for use longer than 2 weeks by most doctors, for that reason. Here's a non-bias article that explains why.  Some examples of what is available on the market today are: Ranitidine (Zantac®), Famotidine (Pepcid®), Cimetidine (Tagament®), Nizatidine (Axid®). Read More Here On The H2 Blockers

Lip & tongue tie revisions is the surgical removal of the skin connecting either the lip or the tongue (the frenulum) and is painful and permanently alters the natural anatomy of your child’s mouth. The reasoning is the frenulum prevents the ability to latch when breast feeding. Although some have seen a reduction in symptoms, the number of infants that show signs of relief are less than 1/2 of a percent. Examples of when this procedure would be beneficial is on this page.

The 12 year study called MarciKids was done by a group of doctors and medical scientists that help put together our questionnaire and came up with an effective dosing regimen for the use of PPIs in infants. Why most doctors don't believe PPIs work on babies is due to ineffective dosing. You can watch the video on this page that explains in great detail why they do work! If used properly.

Nissen Fundoplication is a surgery done on infants, children and adults. The larger nodule of the stomach is wrapped around the esophagus and sewn together to create tension around the esophagus to keep the stomach contents and in some cases the acid that's refluxing up into the throat, down in the stomach. Studies have shown, patients are often back on PPIs in a year or have too tight of a wrap making it hard for food to pass into the stomach. More Nissen Fundoplication information click here.

Nat Phos 6x is known to contain a small amount of sodium phosphate which can have antacid qualities. It is indicated for both gas, indigestion and joint pain. Although this may be a good homeopathic option for mild episodes of acid reflux it may not be effective for long term or moderate to severe baby reflux treatments. More on this subject here.

Infant Probiotics are a very valuable part of baby reflux treatment and when choosing your infant probiotic it's essential that it include a strain called Bifidobacterium infantis (B. Infantis - the abbreviated name for Bifidobaceterium infantis). Gut health can greatly reduce your bodies need to produce too much acid and although getting the acid production under control probiotics are a great way to keep it undercontrol. More information on Probiotics and infant acid reflux.

Proton Pump Inhibitors (PPI) work at the site of the parietal cell which is where acid production occurs. It's clear that we endorse the use of PPIs as a baby reflux treatment option but success is highly dependent on the dose and how many times per day you give the PPI for it to be an effective treatment. Not all babies need PPIs but if you consider this webinar you'll learn when they are needed and how each baby's doses can vary. The goal is to get them out of pain.

Using a Specialty Formula or Hypo-Allergenic baby formula is required many times when the baby has MSPI (Milk, Soy, Protein Intolerance) or FPIES (Food Protein-Induced Enterocolitis). It's super important to work with a doctor which can sometimes help getting the cost of these expensive formula options covered by insurance but also working with a infant GERD nutritionist or coach to ensure you're making the right formula choices as one of your baby reflux treatments. This is a great resource for baby formulas.

TED or Total Elimination Diets can be very helpful as part of your reflux treatment plan. Sometimes a simple fix like a change of diet for you while breast feeding can work wonders but should be done with the guidance of a qualified nutritionist or coach so you get the nutrition you need and your baby needs during breast feeding. Here's a list of low acidic foods and perhaps reading this page on MSPI or FPIES is helpful as well. 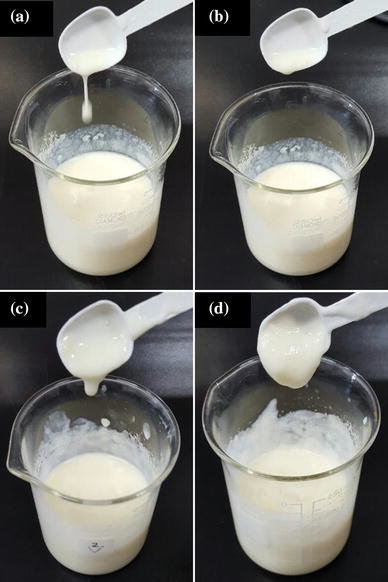 Thickening Formula - Is it helping or making things more difficult for my baby? That is a very good question. Most of the time thickening is offered in an effort to reduce the movement of stomach contents into the esophagus by making the food thicker and more difficult to spit up. However, if your baby is already having difficulty digesting food for other reasons, this can cause more acid production as the body attempts to break down food. Read the article on this page for more in depth information about thickening formulas. 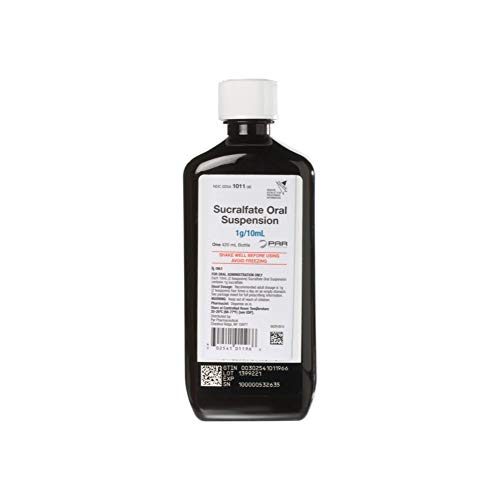 Or the brand name Carafate® is an aluminum containing sticky sugar that acts as an ulcer adherent paste, binding to open sores in the lining of the esophagus, stomach and small intestine. Think of it as a Band-Aide® specifically for ulcers.
Sucralfate offers local protection for ulcers and requires the presence of stomach acid to turn it into a paste that will bind to the ulcer. The paste helps promote healing by preventing more acid from seeping into the ulcer. It comes in tablet form or as a suspension but is only provided with a prescription.
Since sucralfate requires stomach acid to reach an active state it cannot be used with any Antacids, H2 blockers or PPIs. It is effective in treating ulcers resulting from reflux but cannot control infant acid reflux itself. It has few side effects because it acts topically and is minimally absorbed into the bloodstream. 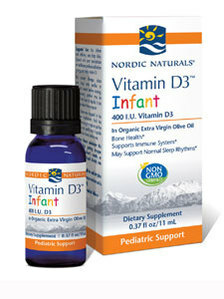 I am personally a really big fan of vitamins and make them part of my daily regimen for my personal health.

When it comes to babies that's even more important during these rapidly growing stages. YES we can help you put together a great regimen for your baby that will keep them growing healthily and keep their bones strong especially if under a medical treatment for GERD.  But not all vitamins are created equally and many companies sell bogus supplements. So at the very least let us help you get some quality vitamins in your cabinet for your baby.  "Dr. Jennifer Prince"