UNDER DOSING LEADS TO AN ACID BATTLE THAT NEVER GETS OVER COME. That's the first reason why under dosing a PPI can make things worse when you think you're doing something to help. The history of why most doctors under dose is explained perfectly by Dr. P. 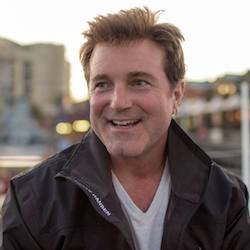 "I’ve received this question many times. The issue with PPIs (as with most drugs) is they were developed and initially used in adults. The use of PPIs in infants began soon after Losec® (now Prilosec®, omeprazole) was released on the market. However, the dosage form was enteric-coated granules/pellets in a capsule, which can be difficult to administer to an infant.

A little back story to give full perspective. I began work on a liquid version of omeprazole that contained sodium bicarbonate which neutralized the stomach acid long enough to allow the PPI medicine to be absorbed. This is called an immediate release PPI. That formulation became Zegerid® which I invented and comes in both OTC and Rx versions. Sometime after that I wrote publications about using sodium bicarbonate and pharmacists started making up "compounded" suspensions using sodium bicarbonate.

I then organized a treatment study for infants with reflux with Dr. Marcella Bothwell, ENT (i.e. Marci); we measured the half-life of the PPIs in infants. What we found was that for infants after 4 weeks old were metabolizing PPIs 2 to 3 times faster than adults, and many infants did not respond to single daily doses but that three doses per day was working in those infants. THIS IS THE BASIS OF THE MARCIKIDS STUDY.

Now fast forward about 5 years. The pharmaceutical companies did studies with their PPIs (esomeprazole, omeprazole, pantoprazole, lansoprazole) that used a small dose of PPI once a day and compared it to placebo in infants in a prospective, randomized double-blind fashion to treat infant GERD.
The findings: PPIs were found to be no different than placebo at controlling infant acid reflux symptoms (infant GERD).

So, you might think that a physician prescribing a PPI for an infant would look at these pharmaceutical company studies with the low dose once a day and say to themselves, "Well the small dose once a day does not work any better than a placebo, so I wonder about using a larger dose or more times a day" (in fairness many physicians and nurses do and here is a list of practitioners we've identified).

Most recent medical literature suggested that higher doses are needed for infants with GERD such as the screen shot of the UpToDate article below. (UpToDate is a subscription interface for medical practitioners who want the most recent information on treatments and studies). You can request your PED refer to it.

So many doctors low dose, dose once a day – or they prescribe a different type of acid blocker (H2 blocker, such as Zantac®) even though these drugs are proven to be less effective for long term and moderate to severe GERD than PPIs and they tend to build tolerance in 4-6 weeks.

Some warn about the long term risks of using a PPI treatment.  As I've mentione many times “all medicines have risks and rewards, but the risk of untreated acid reflux should be considered when making a decison to use medications"

You should also consider what those studies define as "LONG TERM USE". These studies showed 20 plus years of being on a PPI drug. Most infants find resolution of symptoms within 12-18 months. More on those types of studies here.

Summary Of Why Most Low Dose PPIs

That is a reasonable explanation as to why, when you go to your physician or nurse and comment that the dose of PPI does not seem to be working (or you may just comment that symptoms are not improving) they may be reluctant to increase the dose of PPI. You can always show them this page and the page on the MarciKids study. Perhaps then, they'll be open to helping you with an effective PPI dose and they are always welcome to connect with us directly or with the hundreds of families in the Infant Acid Reflux Solutions Facebook Group that have shown great results over the many years we've been supporting the infant GERD community. "

Or you can just work with our already knowledgable doctors that specialize in infant GERD to get effective treatment right now.

Foot Note [1]: Within the past few years a number of PPI drug studies were performed in infant and in some cases young children.  These studies were performed by the pharmaceutical manufacturers of various PPI medicines.  For example, studies were done with omeprazole (Prilosec®), esomeprazole (Nexium®), pantoprazole (Protonix®) and lansoprazole (Prevacid).  The studies were generally very well done studies and interestingly they all essentially showed the same thing – namely that none of the PPIs made a difference when compared to placebo in the acid reflux symptoms that were followed.  The studies all used a single dose of the PPI and generally the doses were small.  To some this may suggest that PPIs don’t work in infants for acid reflux; however an equally reasonable explanation is that a small dose given once a day is not a sufficient amount to control symptoms.  None of the studies used dose-ranging techniques to see if once a day or twice a day or three times per day were different from each other in symptom control.
Other research has suggested that infants (over 1 month to 1 year) need higher doses of PPIs.  But this literature was not included in the discussion of dosing rationale.  Certainly, it is well known that infants over 1 month of age metabolize drugs faster than say a 40-year-old generally healthy adult. But again this was not discussed in the rationale for determining a dosage regimen in the PPI trials mentioned above.  The studies are available at the FDA’s website and discussion from a meeting held by the FDA in regard to these studies is there for you to read.  I encourage you to read the information available and discuss with your physician or nurse or pharmacist to see what makes sense for your individual situation.